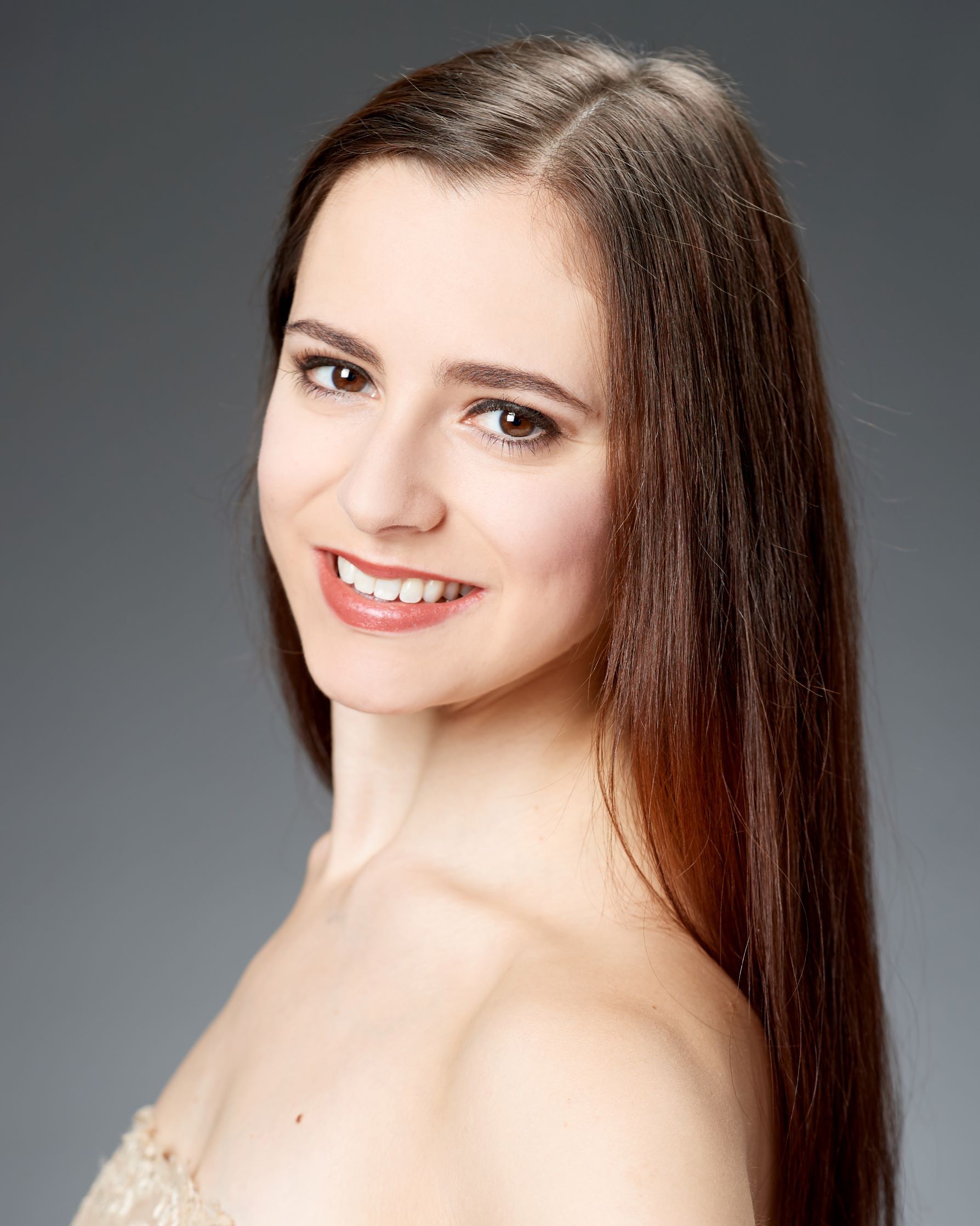 Sarah Bowdoin first began her classical ballet training in Houston, Texas. As a pre-professional, she had the opportunity to tour internationally twice with Kingwood Dance Theatre in Austria, Italy, and Germany as a cast member of Young! Tanzsommer. After high school, she went on to study dance at The University of Oklahoma, graduating with a BFA in Ballet Performance from the College of Fine Arts. In addition, Sarah completed a second degree in Organizational Studies, particularly designed for running non-profit arts organizations. During her time at OU, she performed soloist and principal roles in ballets such as Cinderella, La Bayadere, Carmina Burana, and The Nutcracker. She was also able to work with distinguished guest artists including Francia Russell, Kent Stowell, and Jock Soto.

Sarah spent a year as an Apprentice with Charlotte Ballet, where she performed choreography by Jean-Pierre Bonnefoux and worked closely with Mark Diamond and 2014 Kennedy Center Honoree Patricia McBride. Sarah has received additional training at the intensives of Kansas City Ballet, Ballet West, Complexions Contemporary Ballet, Carolina Ballet, and the Académie Américaine de Danse de Paris in Paris, France. She is also a Registered Yoga Teacher. Sarah is so excited to be performing with Palmetto City Ballet. 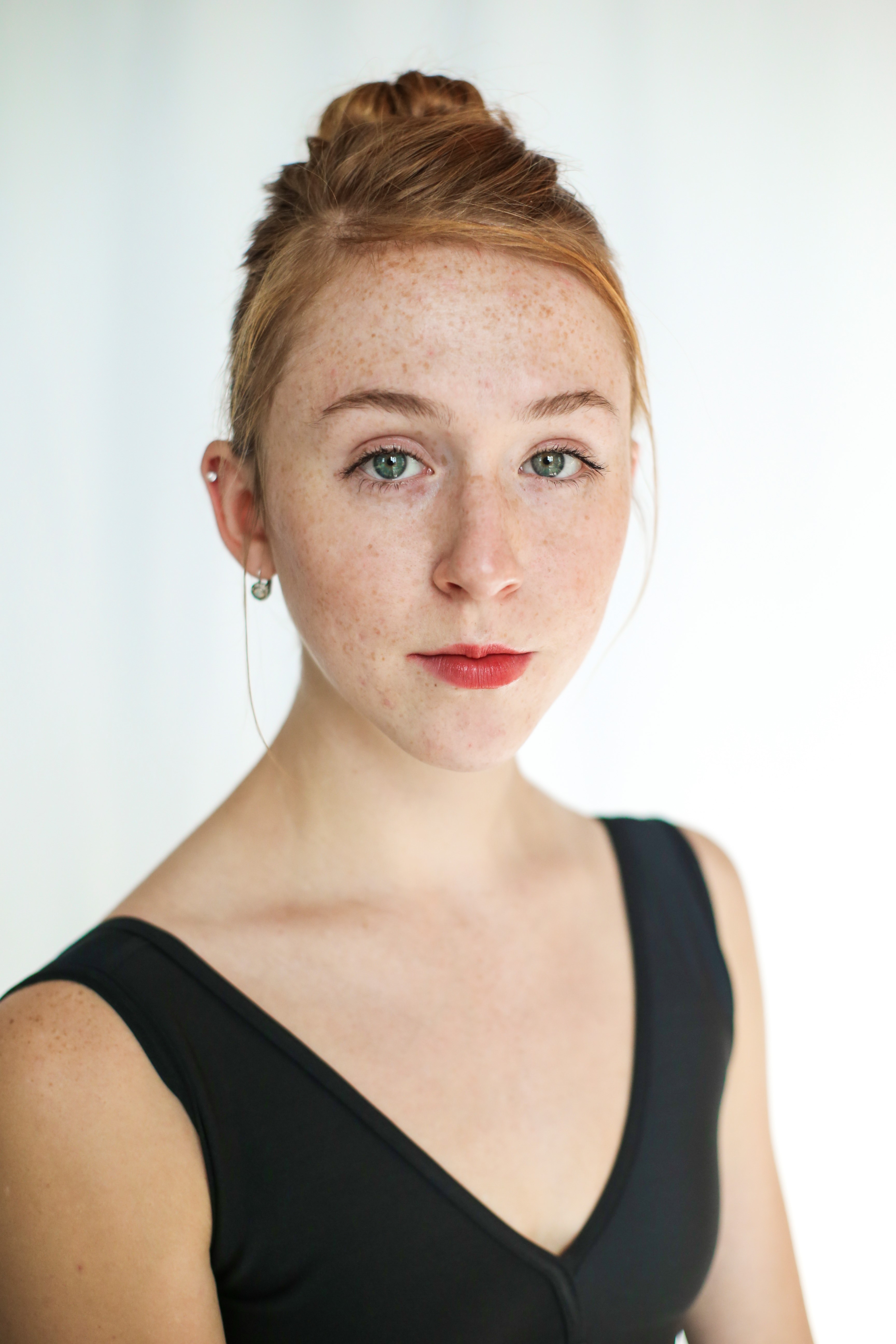 Amanda is a classically trained ballet dancer from Copper Canyon, Texas. Amanda received her primary ballet training at The Ballet Conservatory in Lewisville, Texas and danced with Lakecities Ballet Theatre from 2009-2014. Amanda then attended The University of Oklahoma where she danced with Oklahoma Festival Ballet and Contemporary Dance Oklahoma and earned a Bachelor of Fine Arts in Ballet Performance. During her time at The University of Oklahoma, Amanda’s choreography was selected for the Young Choreography Showcase from 2016-2018 and was awarded the Miguel Terekhov Ballet Choreography Award in 2016. She also received honors including the Yvonne Chouteau Ballet Award, the Juli Busken Memorial Scholarship Award, the John Michael Gore Memorial Essay Scholarship and the Ballet Ovation Award for excellence in performance. In addition to her primary training, Amanda has attended summer intensives at Centre de Dansa de Catalunya in Barcelona, Spain, Boston Ballet, Joffrey Ballet and America Ballet Theatre NY. 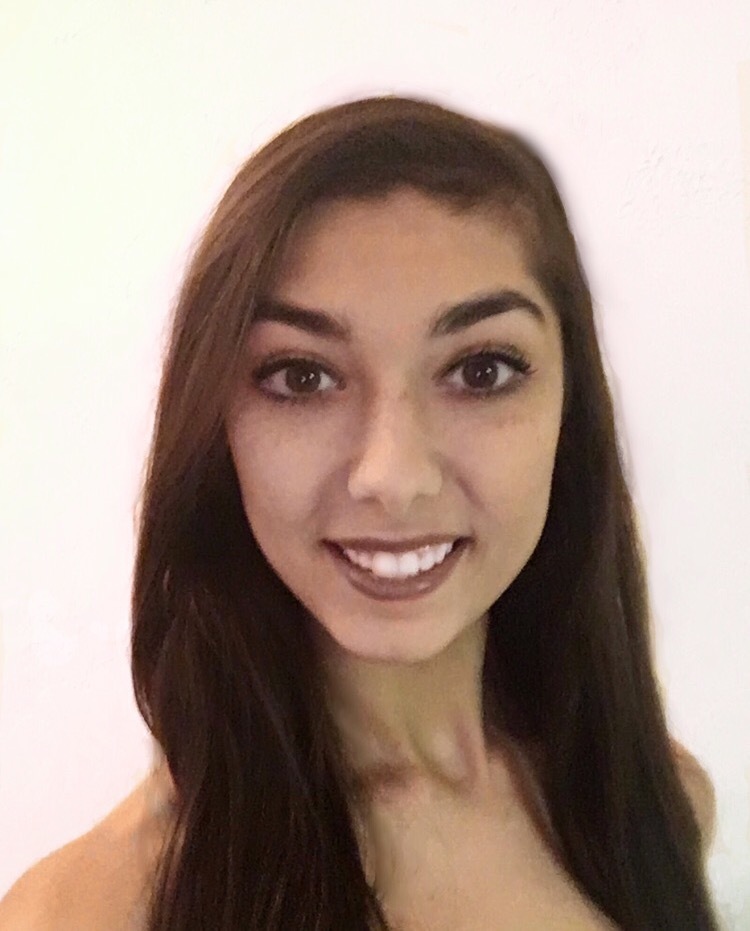 Natasha Nast received her pre-professional training in her hometown of Baltimore, Maryland in both ballet and modern at the Baltimore School for the Arts and the Russian Ballet Academy of Maryland. At seventeen, Natasha was accepted into the Pittsburgh Ballet Theatre’s Graduate Program where she was one of the few student dancers selected to perform company roles in several classics including Swan Lake, La Bayadere, Le Corsaire, Sleeping Beauty, and The Nutcracker, as well as works by notable choreographers such as George Balanchine’s Western Symphony, Lew Christensen’s Beauty and the Beast, and Derek Deane’s Alice in Wonderland and Romeo and Juliet. Alongside her work with the company, Natasha performed principal roles in Graduate Program productions such as the Dark Angel in George Balanchine’s Serenade, Gamzatti in La Bayadere, Raymonda and Henriette in Raymonda, the Lilac Fairy in The Sleeping Beauty, and the Sugar Plum Fairy in The Nutcracker as well as in a series of performances alongside the Pittsburgh Steelers and Grammy Award winning recording artist, Daya

Natasha spent four years in Pittsburgh prior to moving to Charleston to join the Palmetto City Ballet as a guest artist in the fall of 2017 and would go on to officially join the company the following winter. Some of her repertoire with the company includes soloist and ensemble roles in ballets such as Jonathan Tabbert’s Accumulation, Why Our Walls, Thumbelina, and The Snow Queen. Natasha looks forward to dancing in her third season with the Palmetto City Ballet. 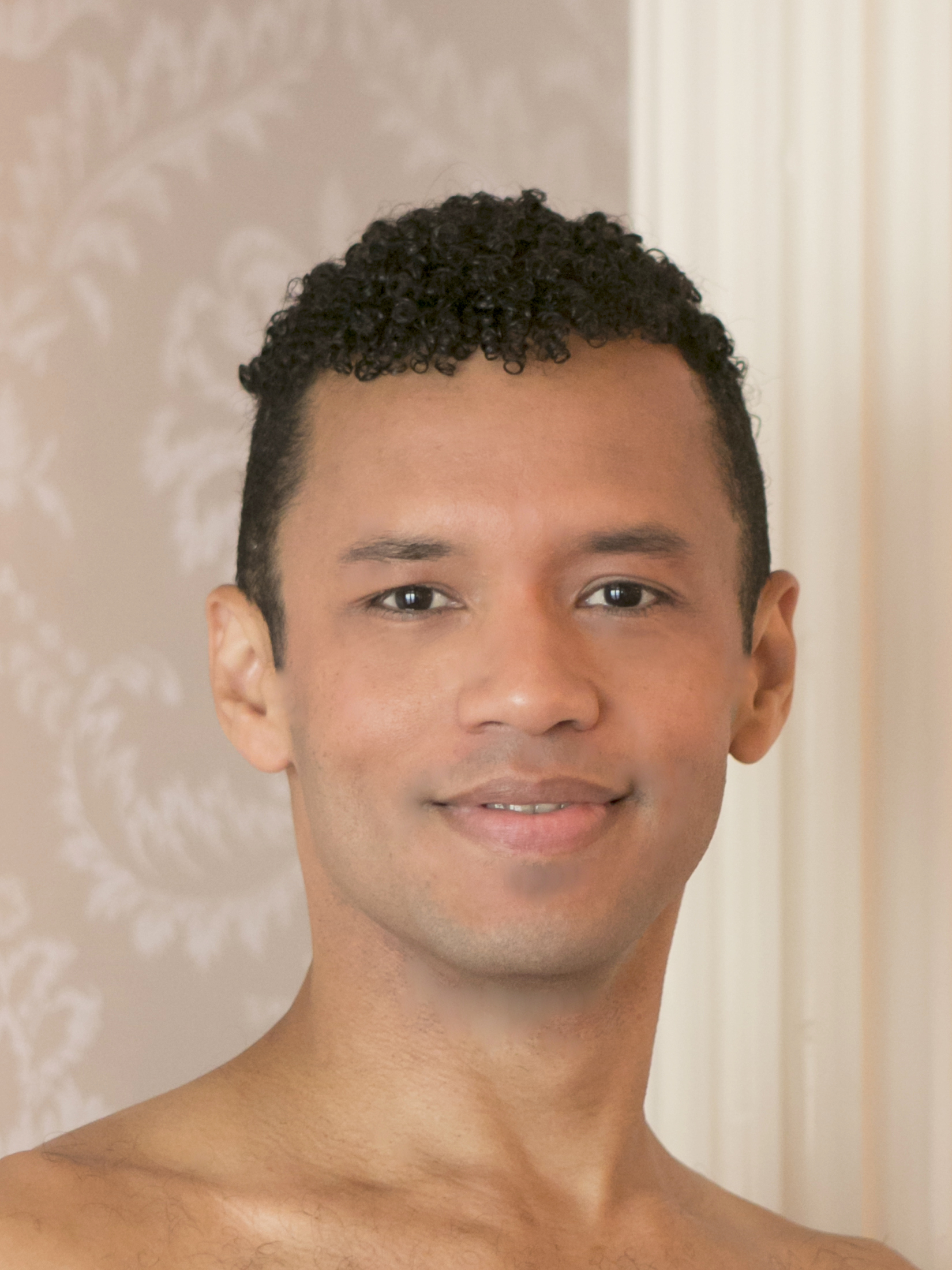 Andres Neira was born in Cali, Colombia. He started his dance education at the Colombian Institute of Classical Ballet (Incolballet). Eight years of intense training provided him with the opportunity to work with teachers, choreographers and coaches of national and international notoriety. After graduating Mr. Neira joined the Ballet de Cali Company, where he became the youngest soloist in the company’s history to date, performing a wide variety of classical and contemporary roles worldwide.

Mr. Neira’s career in the U.S.A. began when in 1996 he received the first ever Lefkowitz Award for Outstanding Performance of a Solo at the New York International Ballet Competition (NYIBC), then he went on to participate as guest dancer and/or guest ballet master for numerous companies in the U.S. and abroad such as New Jersey Ballet, Connecticut Ballet center, Ballet Hispanico, Eglevsky Ballet, Granite State Ballet, The Renval Project, and Bejart Ballet Lausanne.

Mr. Neira’s performance experience includes a wide range of rolls varying from Petipa’s classics such as Corsaire, Don Quixote, Raymonda and Sleeping Beauty, to contemporary works, some of which have been created for him, including Backthi by Maurice Bejart, Tango by Johan Renval, Rhapsody in Blue by Alex Proia, For Ella by Margo Sappington with music by Ella Fitzgerald and many more.

Mr. Neira joined Palmetto City Ballet as a principal guest artist for the world premiere of Ancient Tales in 2015 and is glad to return this season. 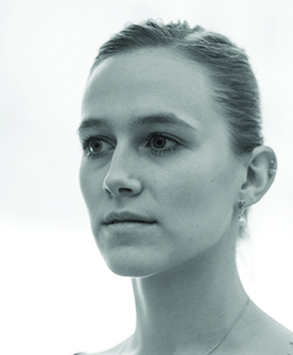 Tia Sandman trained pre-professionally at Litchfield Dance Arts Academy, South Carolina Governor’s School for the Arts and Humanities, and Ballet West’s Professional Trainee Division. As a Ballet West Trainee, she had the opportunity to perform in company productions of The Little Mermaid, Aladdin, Swan Lake, Sleeping Beauty, Giselle, and The Nutcracker. In 2015, Tia was awarded dance and academic scholarships to attend the University of Utah where she earned a BFA in Ballet and continues to work towards a BS in Environmental Biology. During her time at the University of Utah, Tia worked with internationally acclaimed artists including Michele Wiles, Roderick George, Penny Saunders, Pablo Piantino, Rick McCullough, and Katie Scherman. As a professional, Ms. Sandman has danced with Wilder Productions in their multidisciplinary show Nu-topia: Tour the Mystery in Aspen, CO; as a guest with Texture Contemporary Ballet in their 2018 summer season; and as a 2018-2019 company member with Michele Wiles’, BalletNext. She recently made her Broadway debut at New Victory Theater with BalletNext in summer 2019. Tia is excited to be dancing in her first season with Palmetto City Ballet. 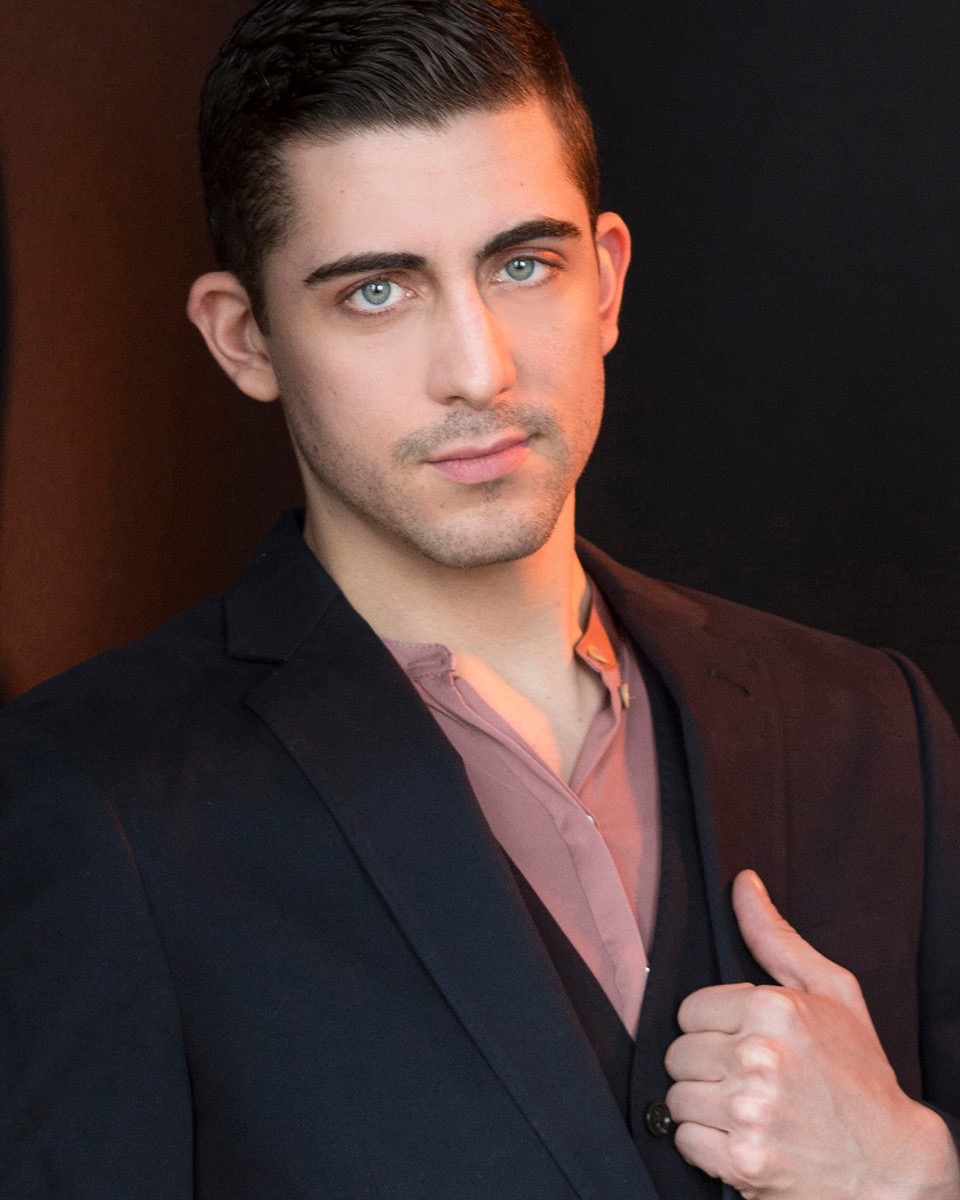 Morgan Stinnett, originally from Akron, Ohio, started his ballet training at Nan Klinger’s Excellence in Dance at the age of six on scholarship and joined the pre-professional Cuyahoga Valley Youth Ballet at the age of 8. He worked with renowned choreographers such as Francis Patrelle, Bill Hastings, Karen Gabay, Tom Everet, John Selya, Tom Gold, and Michael Vernon. He attended Point Park University in Pittsburgh, PA where he majored in Dance with a Ballet Performance concentration. There he performed soloist and principal roles in fourteen ballets over a three year period, including Giselle, George Balanchine’s Raymonda Variations, Divernamento 15 and Symphony in C. He worked with resident choreographers such as Nicholas Petrov, Peter Merz, Ron Tassone and Dana Arey. He also worked with guest choreographers Melissa Barack (New York City Ballet), Erin Halloran and Alan Obuzar (Pittsburgh Ballet Theater) and Tony award winning Ann Reinking (Chicago Original Broadway Cast). In 2009, he joined Texas Ballet Theater and during his first season, was fortunate to perform several roles in ballets including Prince Igor, Nutcracker, Romeo & Juliet and Sleeping Beauty. In his second season, he performed corps and soloist roles in Ben Stevenson’s Cinderella, Nutcracker, Jazz Lovin’ and Balanchine’s Theme and Variations. In the summer of 2011, he joined Connecticut Ballet as a corps member and was quickly promoted to a Soloist. Then in 2012, he joined Ajkun Ballet Theatre as a soloist and has been featured in principal roles. He currently lives in New York City and is a soloist with both companies as well with Dances Patrelle, CelloPointe and K/M D/M. Morgan is also a part of Intermezzo Dance which was founded by American Ballet Theatre Soloist, Craig Salstein. In addition, he was the Dance Captain for Lives on The Edge: A new musical and has been seen on TV and film in “666 Park Ave” on ABC and “She’s Out of My League” from Warner Brothers Pictures. He is also featured on a new pilot of “Social Media Meltdown” which is in production. Morgan has performed with over 20 companies and currently freelances with Connecticut Ballet, Ballet with a Twist, K/M D/M, CelloPointe, Dances Patrelle and Ajkun Ballet Theatre. He has also performed with Craig Salstein’s (ABT) Intermezzo Dance and is the Ballet Master for the View Dance Challenge Convention in Canada. Recently, he was a soloist in the Broadway & Ballet Awards in NYC and was a dancer in the new NYC webseries “Living the Dream”. Last winter, he also performed with Cyndi Lauper in her ‘Home for the Holidays’ show at the Beacon Theater. Morgan is so excited to be dancing again with Palmetto City Ballet. 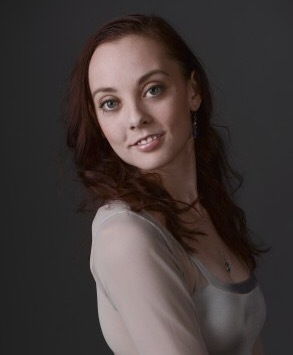 Sarah Walborn of Harrisburg, Pennsylvania began her training at the Central Pennsylvania Youth Ballet under the direction of Marcia Dale Weary. In 2007, Ms. Walborn was invited to be an apprentice with the San Francisco Ballet. She performed many roles with the company, including George Balanchine’s Diamonds and Helgi Tomasson’s The Nutcracker, Don Quixote, Giselle, and The Sleeping Beauty. After joining The Washington Ballet in 2009, Ms. Walborn originated roles including a world premiere of Annabelle Lopez Ochoa’s Sueno de Marmol, one of the twins in Septime Webre’s Great Gatsby, and various roles in Webre’s Alice (In Wonderland). She has performed with the company in George Balanchine’s Four Temperaments, Christopher Bruce’s Rooster, and the staging of Anna-Marie Holmes’ Le Corsaire and Don Quixote, as well as Twyla Tharp’s Push Comes to Shove, and the pas de deux Strangers in the Night from Nine Sinatra Songs. In 2012, Ms. Walborn joined Kansas City Ballet under the direction of William Whitener. She originated works from Jodie Gates and Devon Carney. Ms. Walborn also had the opportunity to perform the Summer Fairy in Victoria Morgan’s Cinderella, as well as Balanchine’s Allegro Brilliante, Michael Pink’s Dracula, Donald McKayle’s Hey-Hay: Going to Kansas City, and Lynne Taylor-Corbett’s Mercury. In 2014, Ms. Walborn began dancing with Ballet Arizona, performing in Balanchine’s Rubies, Western Symphony, Walpurgisnacht, Stravinsky Violin Concerto, and La Sonambula. She has also danced in Alexei Ratmansky’s Le Carnaval des Animaux, as well as the US premiere of August Bournonville’s full length Napoli. This past year, Ms. Walborn has been guesting with various companies and schools throughout the country, performing the role of Sugar Plum Fairy in The Nutcracker, among other classical and contemporary principal roles. 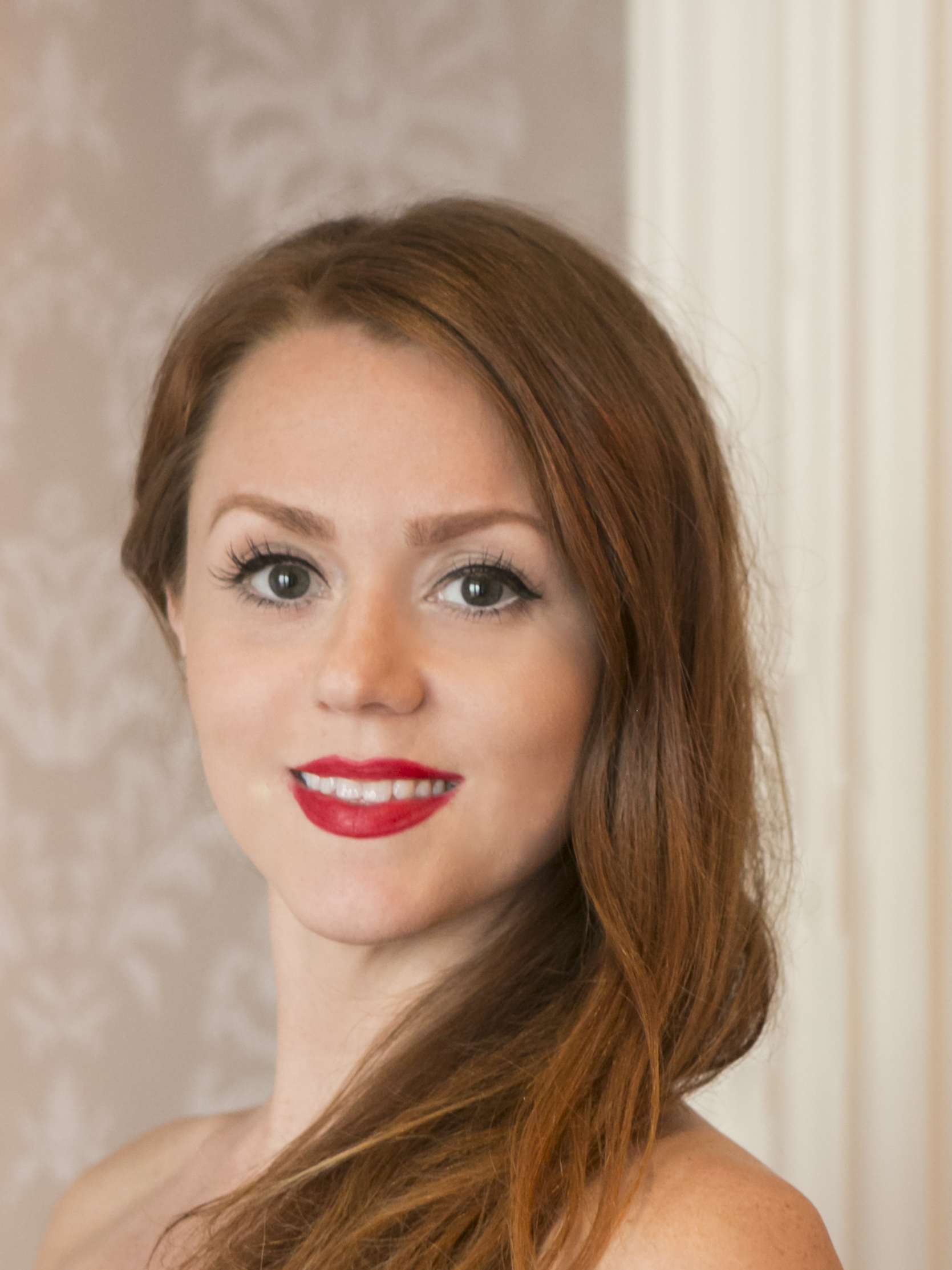 Crystal Wellman is a North Carolina native. She started her dance training at the School of Gaston Dance Theatre, under the direction of Pat Wall. Wellman continued her training at the Atlanta Ballet School, the Joffrey Ballet, The University of North Carolina School of the Arts and holds a BFA from East Carolina University. Professionally she has worked with the Montgomery Ballet, Oklahoma City Ballet, Charleston Ballet Theatre, Martha Connerton/Kinectic Works Dance Company, Charleston Dance Project and The Moving Poets Charlotte.

Throughout her career she feels blessed to have performed a wide range of work, ranging from principal classical roles to working with new world renowned contemporary choreographers. Wellman has choreographed her own works for Oklahoma City Ballet and the Charleston Dance Project. A RYT yoga teacher, sharing her love for yoga has become a passion of hers in the last few years.